Tom International proves that he is not quite the knight in shining armor that he seemed at the end of Fire Island Cruising 3. Unbeknownst to his boyfriend Rochelle, International has been fooling around on the side. In bright daylight, he pounds his big cock in and out of limber buttboy Aaron Heights, then he drops a thick load on Height’s face and neck. What he doesn’t know is that Rochelle’s friend Michael Lucas has been spying on them from the bushes.

When Lucas tells Rochelle what he saw, Rochelle angrily retaliates with a story of his own. Lucas’s supposedly monogamous lover, Trent Everett, has also been screwing around. Back in a New York apartment, horsehung Chad Hunt rims Everett’s ass before ramming it with his monster meat.

Carlos Morales and Christophe Blanc act superior because their relationship is so strong and honest. But things are not what they seem. After making up a fake story, Blanc sneaks off to a raging poolside sex party with Heights and four newcomers: lean Israeli Jony Kfir, hung twink Tommie, adorable Kevin Roberts and studly Brandon Williams.

It turns out that Carlos Morales has also been lying. In a dark, intense Jacuzzi scene, this super-bottom returns to his top roots, practically turning the muscular Diego Alvarez’s ass inside out with his thick cock.

Marco Rochelle and Michael Lucas patch up their friendship and realize that what they really want has been in front of them all along: each other. The two men suck each other’s uncut dicks and Marco fingers Michael’s ass. Then Lucas tenderly fucks his friend by romantic candlelight. Despite all the duplicity, in the end, love really does conquer all! 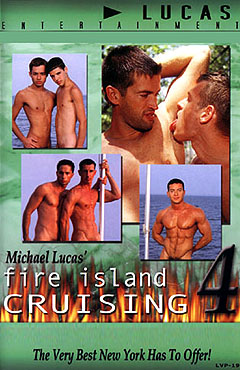 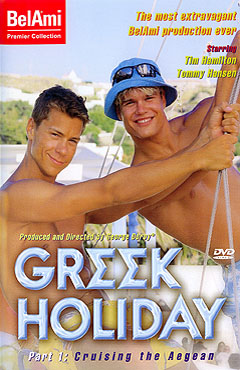 You’ll find super-sexy sailor, Brandon Manilow, cruising on the pier, adorable Josh Elliot cruising the souvenir shops, while hunky Julian Armanis and Tommy Hansen cruise the beaches – their lives intersecting as they quench their sexual cravings. Will boyfriends Tim and Tommy’s relationship survive Mykonos’ hedonistic temptations? For now, just be assured that this exciting conclusion to the best-selling ‘Greek Holiday – Part 1’ will leave you satisfied in more ways than one.