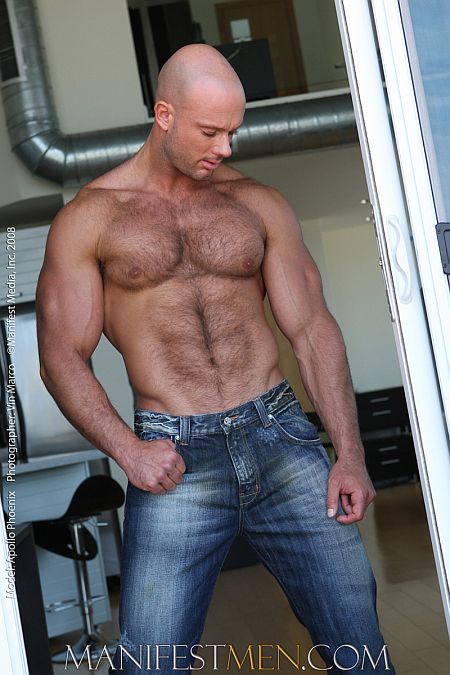 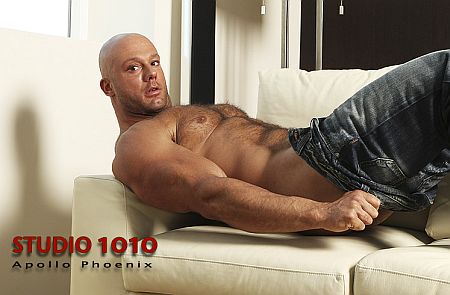 Manifestmen has updated their video gallery this week with a great solo video featuring Apollo Phoenix. Seems they have had a ton of requests for ‘hairy muscle’ and Apollo fits that to a tee. ManifestMen.com offers weekly LIVE SHOWS.

APOLLO PHOENIX: Studio 1010 Prepare to enter the realm of raw masculine and hairy muscle and spend time with Apollo Phoenix in his studio loft. Even if you’re intimidated by seeing his massive frame on the second floor you won’t be able to stop yourself from going upstairs and worshipping him. There you’ll see Apollo Phoenix flexing, running his hands over his steel hard pecs and through his chest hair. The mere touch of his own body is enough to spark Apollo to jack his thick cock, hump the bed and draw you in even closer. When he does start jacking every muscle comes into play and seems to flex uncontrollably. But make no mistake– Apollo Phoenix is in full control of every inch of his body. If you need final proof of this or his manly power wait until you see him unleash a volcanic cum-shot on the glass panel of his balcony – it may be the biggest one ever seen on Manifest Men.  Enjoy. 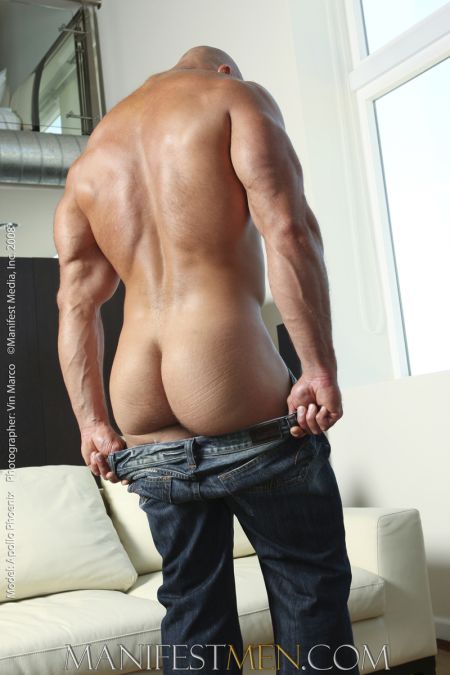 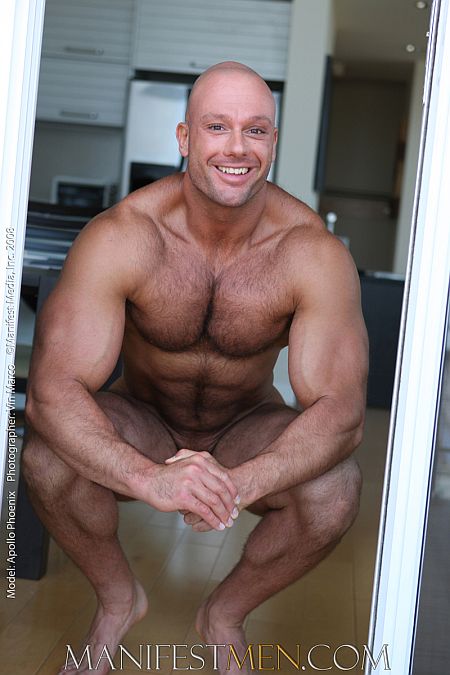 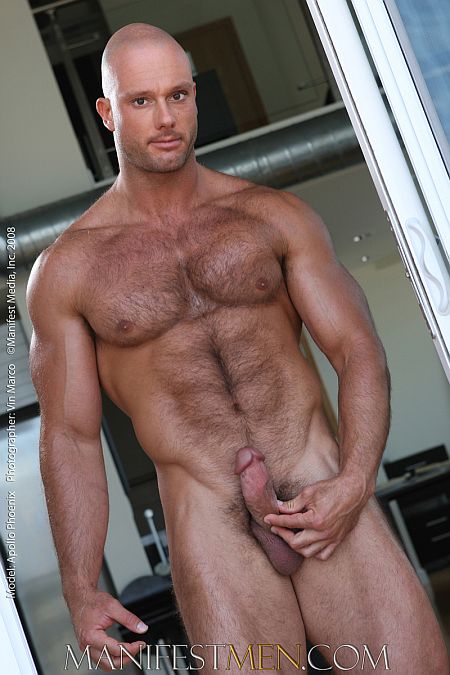 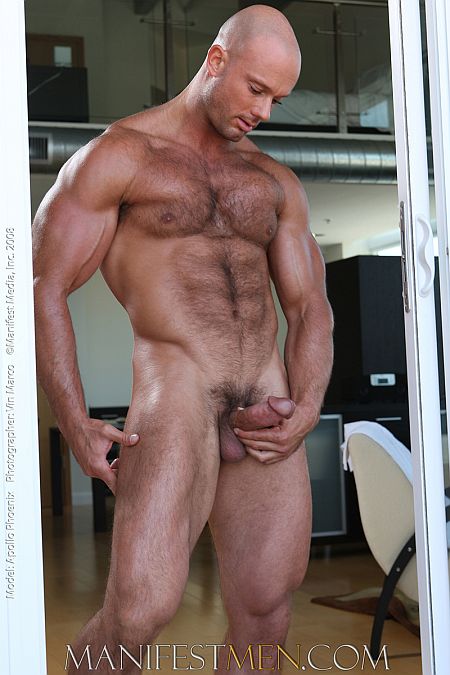 The guys at ManifestMen felt their camera crew was just too hot to keep behind the lens any longer. So they decided to put him into one of their latest productions that features two very close studs in a MOST MUSCULAR MASSAGE session filmed in the most erotic way possible. Shooting at sunset, with red moody lights out on a deck balcony this soon to be
released video is not to be missed. Adam Killian is their videographer and lighting tech and as you can see from this almost candid shot (Vin was using him to test the lighting) is no stranger to being in front of the camera too. In fact, Adam is also a featured published Playgirl model….

We will post some screen captures from the massage duo very soon, and will also post its release date so Stay tuned for Adam giving Mitchell Rock a FULL BODY MASSAGE only on MANIFESTMEN.COM 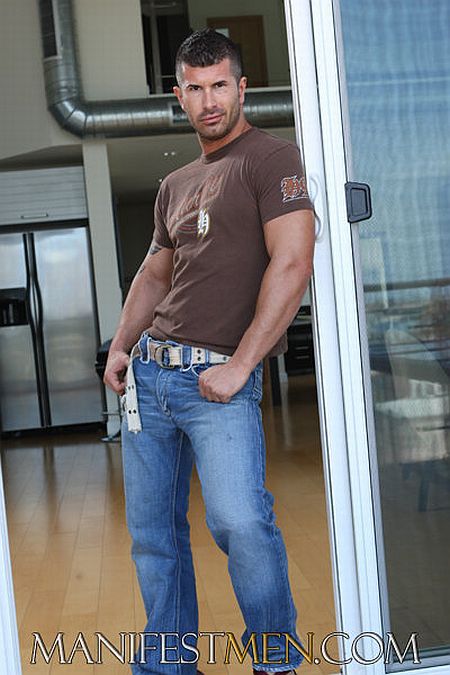