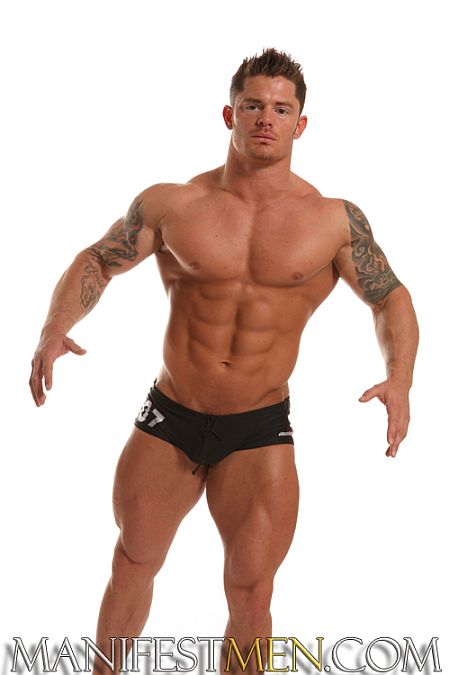 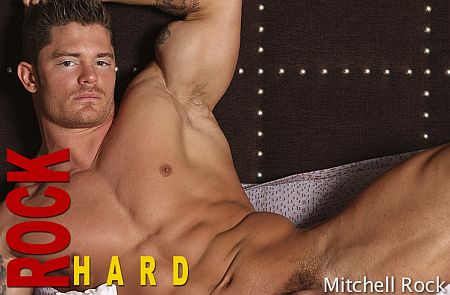 Mitchell has been away from adult for a while since the work he did a few years ago under the name Shane with Randy Blue. He has certainly grown up, filled out and learned all about what makes a man hot.

From the minute that Mitchell Rock wakes up he is aroused by his own thickly muscled body and knowing he’s being watched turns him on even more. Flexes and posing for the camera while he sits atop his bed becomes an erotic show that Mitchell Rock is totally into. Your eyes aren’t deceiving you—his cock gets hard right away and when he oils and feels up his body he takes his thick cock in hand and strokes it slowly and deliberately. Mitchell never forgets he’s being watched and the writhing of his flexed muscles becomes a sexual dance that reaches a cum-filled conclusion. Seen only at ManifestMen.com 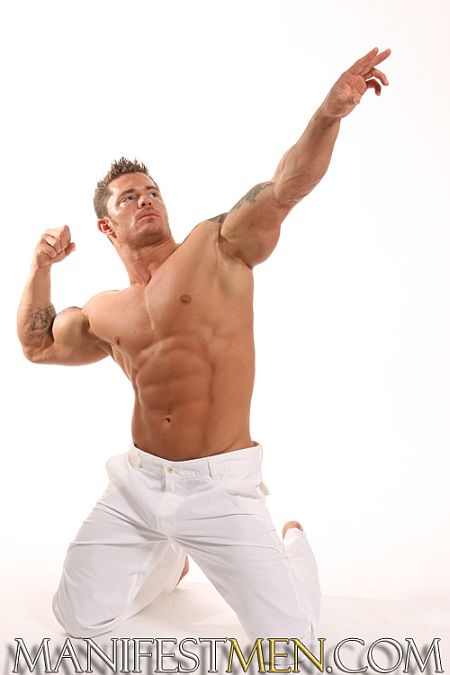 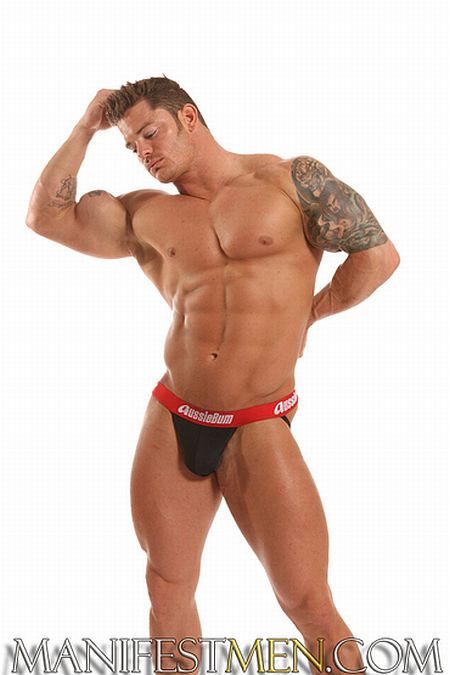 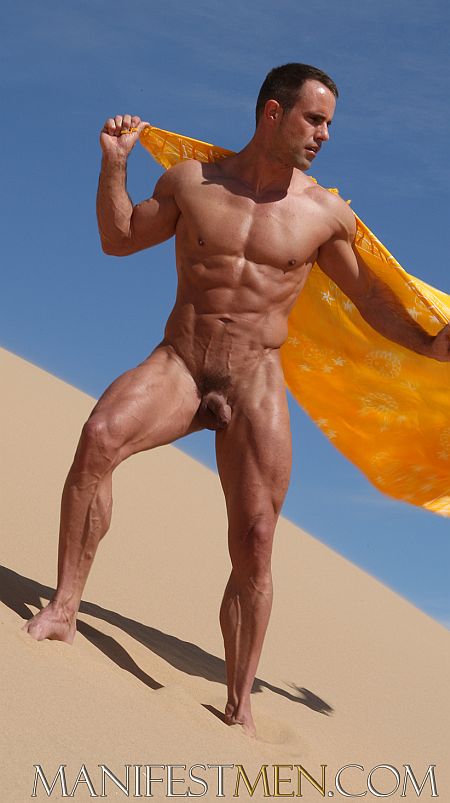 Alex Westfalen is a ripped handsome uncut German stud. Vin Marco shot Alex’s images/video in the same sand dunes that served as the location for Star Gate. Alex’s video will be released in the weeks to come.

ManifestMen announced they are doing four live shows for their members every month. Their next show features Aaron Austin, the hardcore star from a few years back. He has used his time well and created a physique that muscle fans are going to love! We will be adding video and photo sets from Aaron soon.