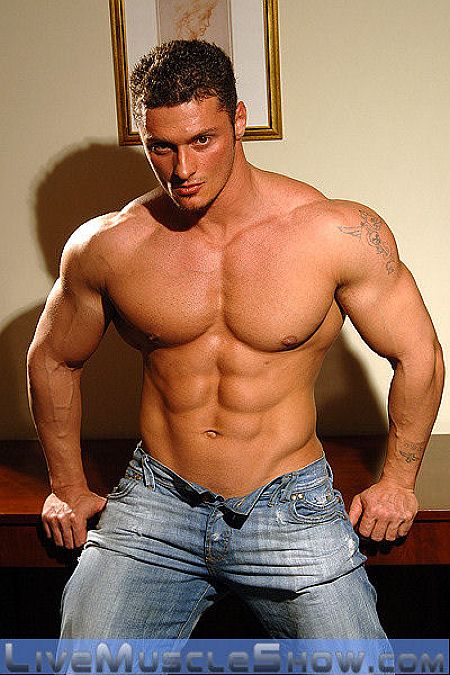 “The Muscle Boss of Budapest,” as he’s called in Dynamite’s solo DVD, is the guy the other guys look to. On the street since he was a teenager, he’s had it rough, and he can be mean when he has to. He’ll scope you out, and if he likes you, he’ll let his guard down and show you how a rough-tough guy can handle himself. This is one huge man: 225 pounds packed into a 5-feet, 11-inch frame. His mammoth 48-inch-chest and six-pack abs taper down in a beautiful V-shape to his 33-inch waist.

Maybe you can spot the hidden soft side in his angular features, curly brown hair and soulful eyes. He’s the leader of the pack, but he knows that, once he’s tamed the other guys, their his own adoring muscle pups. He likes that. And he likes to show off for them. They’re practically drooling as he kisses his 18-inch bicep. They start to touch themselves. They can’t help it. Don’t be afraid. The tough guy isn’t mad. He just loves all the attention. In fact, it’s turning him on, too. He even shows them the solo tricks of the trade. This is one top cat who knows the score. See Dragos also, at MuscleHunks.com 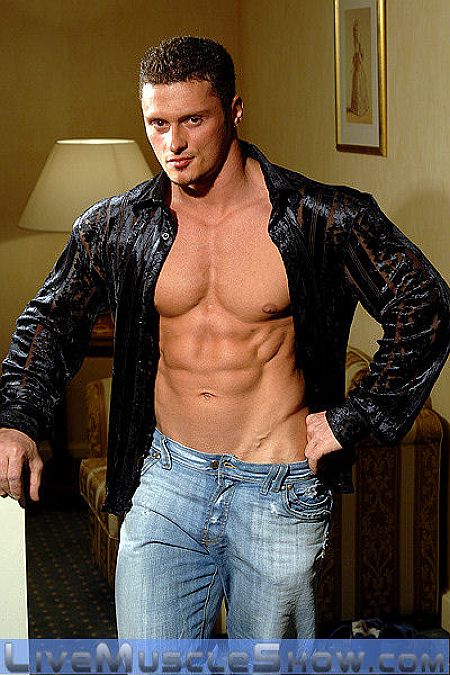 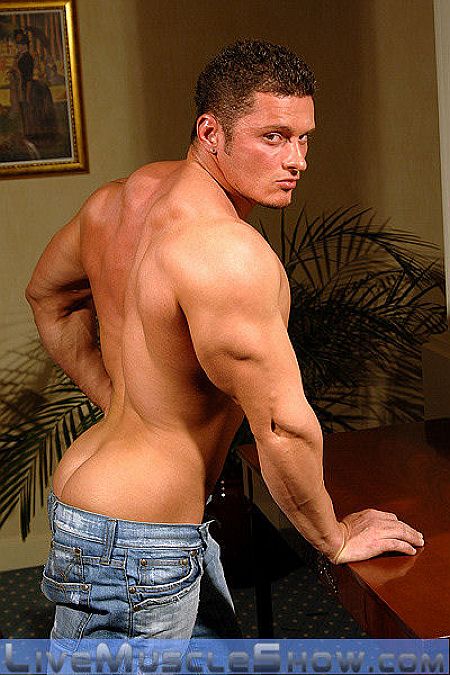 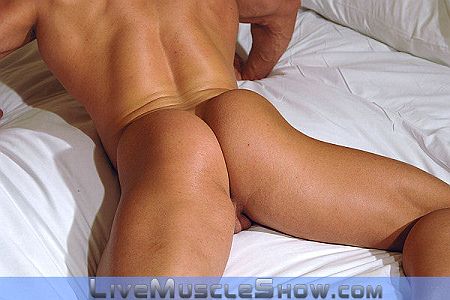 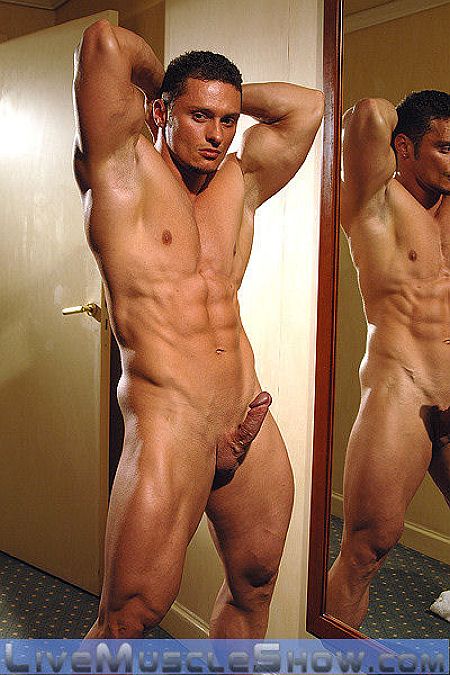 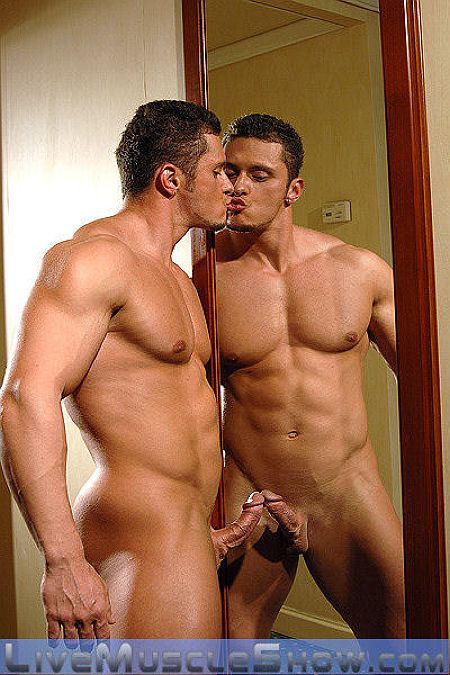