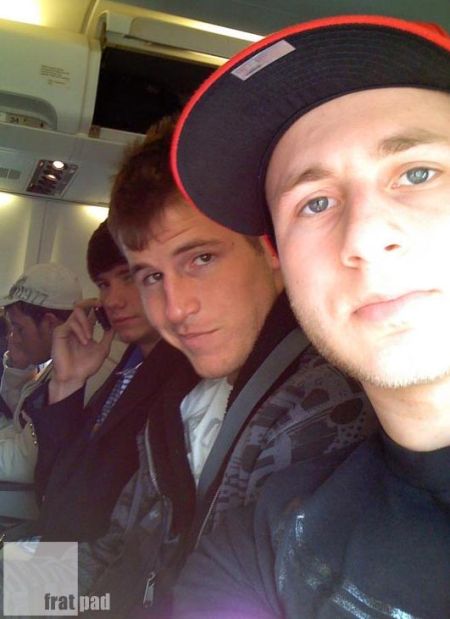 (The guys enroute to the new Fratpad)

The Fratpad is moving to a new location!  The official location is a closely guarded secret but we hear its a great house.   Maybe some of you caught the "incident" at the Fratpad last week.  We’re still now sure what exactly happened but all of a sudden everything went dark right in the middle of the jack-off race. 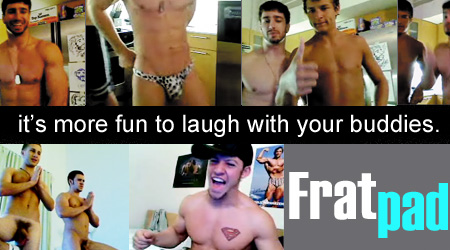 For what’s officially being called "Fratpad Season One: Blown Ashore," Fratmen is promising extended hours for European and Australian viewers, a larger video screen in the main room, a screening room for full-length antics movies and full scenes from Fratmen movies featuring guys from the Fratpad, downloadable video and a "pledge" who’ll be a new face every two weeks.They’re going to add cameras through the house and let the guys run around outside in the private yard.  Members will be able to meet the new Fratpad resident (who’s never been seen before on Fratmen.TV or Fratpad) on Sunday when the new season is officially launched. 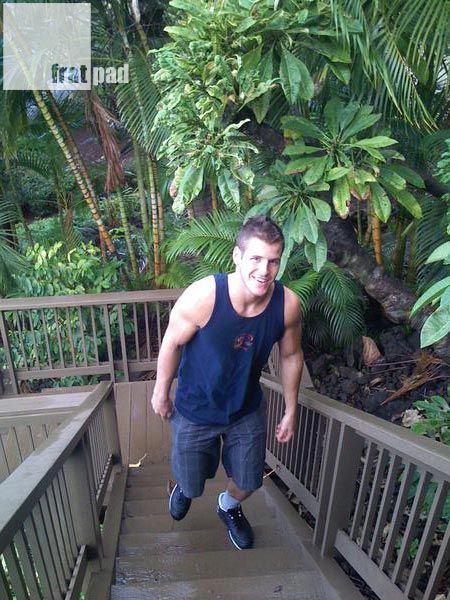 Any quesses where the new page is?